Holy Cross Lutheran Church and the Lutheran Church - Missouri Synod adhere to the three Ecumenical Creeds. These creeds are succint yet accurate statements of the true Christian faith.

Among the major doctrines confessed in the creeds are:

Also known as the Baptismal Creed or the Roman Symbol, The Symbolum Apostolorum was developed between the second and ninth centuries. Its central doctrines are those of the Trinity and God the Creator. It has been called the Creed of Creeds because already by AD 150 it was employed at Christian centers all along the Mediterranean Sea, such as Jerusalem, Alexandria (North Africa), Rome, and even Spain. It is also used in daily devotions.

Each of the doctrines found in the creed can be traced to statements current in the apostolic period. The earliest written version of the creed is perhaps the Interrogatory Creed of Hippolytus (ca. AD 215). The current form is first found in the writings of Caesarius of Arles (AD 542). 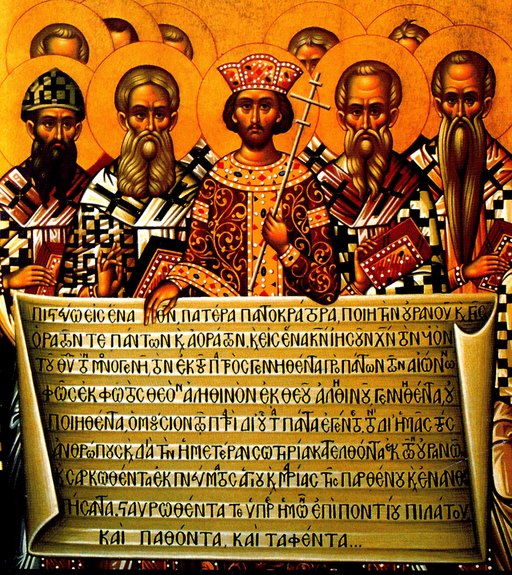 Also known as the Symbol of Faith, The Nicene Creed, was written by the First Ecumenical Council at Nicaea in AD 325 with additions (the 3rd paragraph and following) by the first Council of Constantinople (AD 381). The Creed is the profession of the Christian Faith common to the Roman Catholic Church, to all the Eastern Orthodox Churches (see below regarding filioque) separated from Rome, and to most Protestant denominations. For centuries the Nicene Creed has been the chief creed in the Sunday service.

The Council at Nicea was composed of hundreds of pastors and theologians who gathered to respond to a false teaching that had arisen in the Church. This false teaching stated that Jesus was not the one true God. The second section of the Nicene Creed has phrases included specifically to refute this false teaching.

In the AD 325 version, the section on the Holy Spirit was not as developed. It was at the Council of Constantinople in AD 381 that it was lengthened to its present version, this time to emphasize that the Holy Spirit is also true God.

A dispute over three words in the Nicene Creed altered European history – “and the Son” (Latin filioque). was added in AD 587 by the local Council of Toledo (Spain) as a rebuttal to the Arian heresy. Pope Leo III (AD 795-816) was opposed to the filioque version and had it engraved without “and the Son” on the walls of St. Peter's Basilica. When Charlemagne failed in AD 792 to unite - by marriage – his Frankish holdings with those of the Byzantine Empress, Irene of Athens, Charlemagne challenged Byzantium’s claim of universal jurisdiction as the successor to Rome citing the dispute over the filioque. Ultimately, Rome accepted the filioque in AD 1014. The filioque dispute contributed to the Great Schism of AD 1053. The Eastern Orthodox Church rejects the filioque and cites it as a major reason preventing reconciliation with the Roman Catholic Church.

English Version of the Nicene Creed

I believe in one God, the Father Almighty, Maker of heaven and earth, and of all things visible and invisible.

And in one Lord Jesus Christ, the only-begotten Son of God, begotten of the Father before all worlds; God of God, Light of Light, very God of very God; begotten, not made, being of one substance with the Father, by whom all things were made.

Who, for us men for our salvation, came down from heaven, and was incarnate by the Holy Spirit of the virgin Mary, and was made man; and was crucified also for us under Pontius Pilate; He suffered and was buried; and the third day He rose again, according to the Scriptures; and ascended into heaven, and sits on the right hand of the Father; and He shall come again, with glory, to judge the quick and the dead; whose kingdom shall have no end.

And I believe one holy catholic and apostolic Church. I acknowledge one baptism for the remission of sins; and I look for the resurrection of the dead, and the life of the world to come. AMEN. 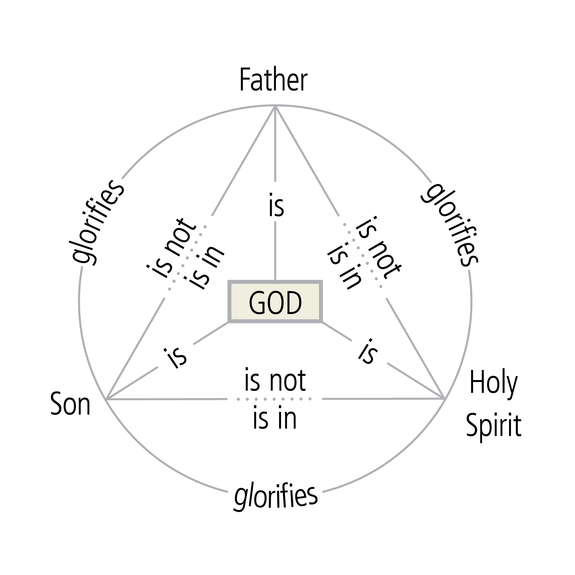 The Athanasian Creed confesses the Christian Church’s belief in, and regard for, the doctrine of the Holy Trinity. It was developed in response to theological issues confronting the Church from the third through fifth Centuries. These issues focused on precisely who God is, who He is not and how we must think of him as three persons – God the Father, God the Son, and God the Holy Spirit.
It was thought that the Athanasian Creed was written by Athanasius, a very influential defender of the faith (apologist) during the 4th-century debates over the divinity of Christ. However, it has been established that parts of the Creed cannot be attributed to him. The best estimate is that it was written between 435-535 A.D., probably in the southern region of France.
The creed’s length means it is not used regularly and is generally used each year on Trinity Sunday.

English Version of the Athanasian Creed

Whoever desires to be saved must, above all, hold the catholic faith.

Whoever does not keep it whole and undefiled will without doubt perish eternally.

And the catholic faith is this, that we worship one God in Trinity and Trinity in Unity, neither confusing the persons nor dividing the substance.

For the Father is one person, the Son is another, and the Holy Spirit is another.

But the Godhead of the Father and of the Son and of the Holy Spirit is one: the glory equal, the majesty coeternal.

In the same way, the Father is almighty, the Son almighty, the Holy Spirit almighty; and yet there are not three Almighties, but one Almighty.

And yet there are not three Gods, but one God.

And yet there are not three Lords, but one Lord.

Just as we are compelled by the Christian truth to acknowledge each distinct person as God and Lord, so also are we prohibited by the catholic religion to say that there are three Gods or Lords.

The Father is not made nor created nor begotten by anyone.

The Son is neither made nor created, but begotten of the Father alone.

The Holy Spirit is of the Father and of the Son, neither made nor created nor begotten, but proceeding.

And in this Trinity none is before after another; none is greater or less than another;

But the whole three persons are coeternal with each other and coequal, so that in all things, as has been stated above, the Trinity in Unity and Unity in Trinity is to be worshiped.

Therefore, whoever desires to be saved must think thus about the Trinity.

But it is also necessary for everlasting salvation that one faithfully believe the incarnation of our Lord Jesus Christ.

Therefore, it is the right faith that we believe and confess that our Lord Jesus Christ, the Son of God, is at the same time both God and man.

Although He is God and man, He is not two, but one Christ: one, however, not by the conversion of the divinity into flesh, but by the assumption of the humanity into God; one altogether, not by confusion of substance, but by unity of person.

For as the rational soul and flesh is one man, so God and man is one Christ,

Who suffered for our salvation, descended into hell, rose again the third day from dead, ascended into heaven, and is seated at the right hand of the Father, God Almighty, from whence He will come to judge the living and the dead.

At His coming all people will rise again with their bodies and give an account concerning their own deeds.

This is the catholic faith; whoever does not believe it faithfully and firmly cannot be saved.